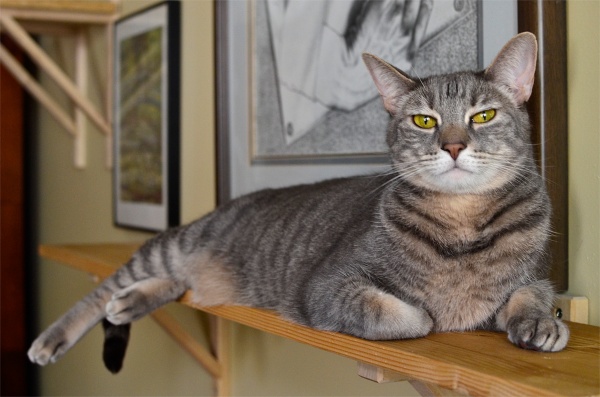 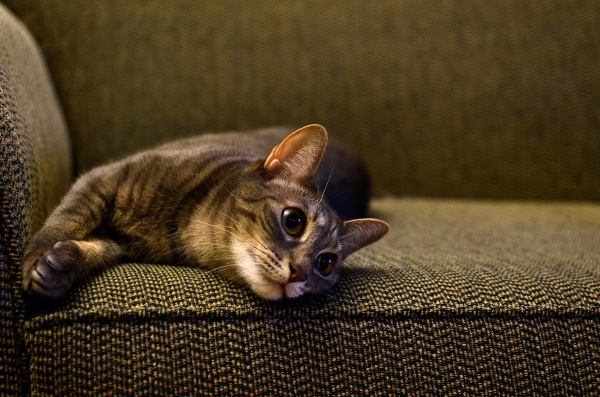 Our first cat, Roo. She and I have a very special relationship. I often comment on how expressive she is and the way I’ve learned to understand her just by the look on her face.

Stevie being spooky for Friday the 13th. As a child, I swore that when I grew up I’d always have a black cat for good luck. 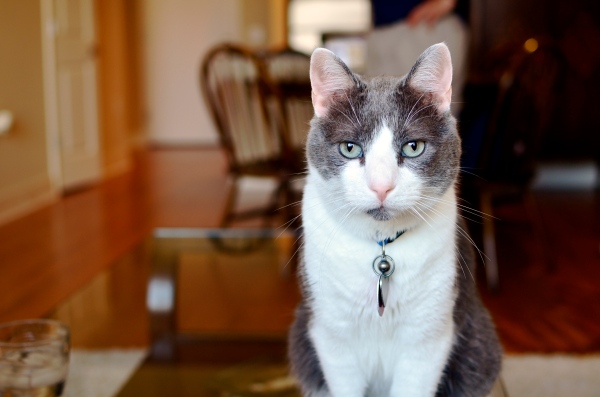 He loves attention and loves a good cuddle. He also loves a good surprise attack, you never know when he’ll turn on you. I was thrilled to capture his personality in this imagine as he investigated Sidney.